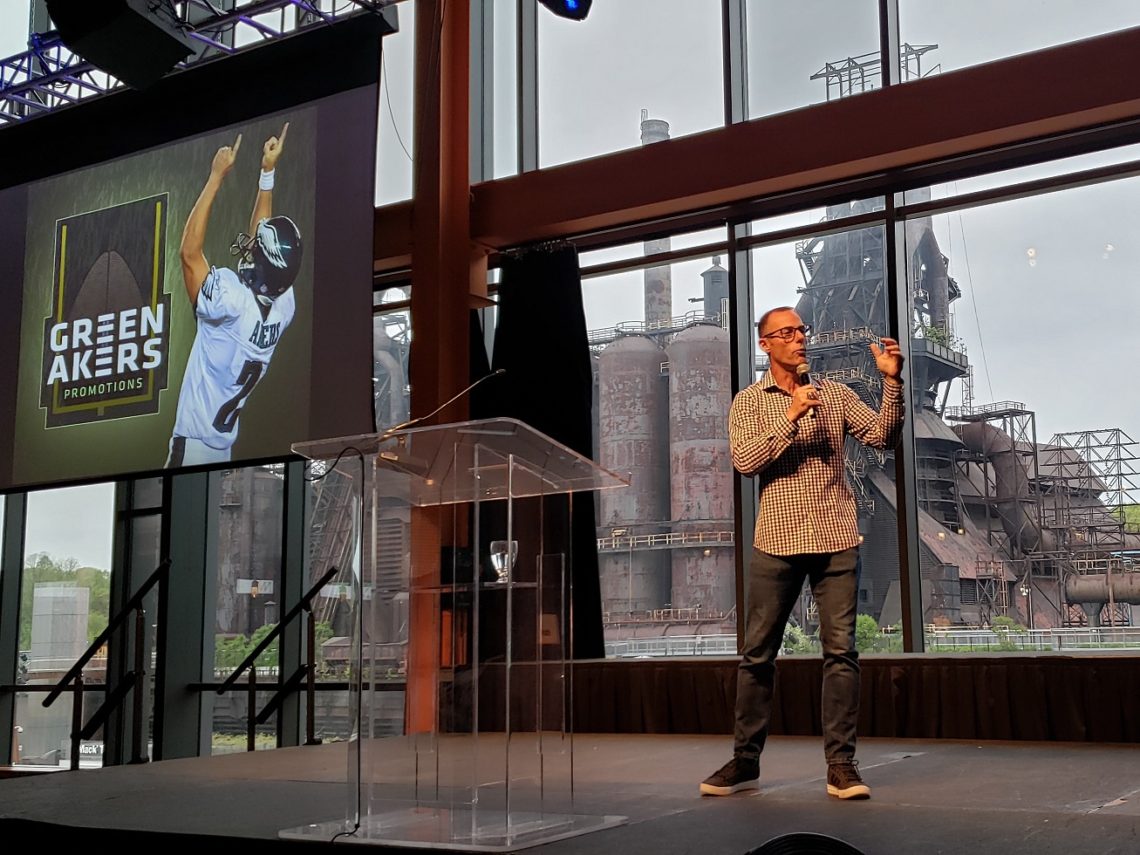 The Law Offices of Maloney Danyi & O’Donnell was a proud sponsor of the Northampton County Bar Association Charitable Foundation’s first ever fundraiser event, held at the Steelstacks in Bethlehem, Pennsylvania on May 1, 2019.

The featured guest for the “kickoff” fundraiser was former Philadelphia Eagles kicker, David Akers. Prior to the event, Akers was kind enough to participate in a football kicking demonstration and clinic with children from the Greater Valley YMCA. Afterwards, Akers addressed the group of several hundred attendees with an inspirational speech about persistence and overcoming adversity and challenges in life. The evening also featured an auction of memorabilia and other items, generously donated by participants.

Net proceeds of the fundraiser and auction were contributed to the Greater Valley YMCA for the benefit of its 2019 Kid’s Summer Camp Program. The local YMCA holds an annual summer camp for children of the community, providing positive, educational, and developmental opportunities and programs. Based on last year’s numbers, it is anticipated that the YMCA will see nearly 700 children participate in the camp in 2019 and that the YMCA will provide over $50,000.00 of financial assistance to children in need that would not otherwise be able to participate in the summer camp.

The Northampton County Bar Association, of which Daniel O’Donnell, Esq. is Past President, is an organization of approximately 500 legal professionals, primarily living and working in and around the Lehigh Valley. The group recently formed a separate charitable foundation to better fulfill one of the organization’s most important objectives, improving and contributing to the local community.